Shortly after 730 this morning, the San Jacinto County Sheriff Office Communications Division received a 9-1-1 call requesting Law Enforcement assistance near the 200 block of Rayburn in Cleveland.  Dispatchers were informed a 39 year old male, was in the front yard armed with a long rifle threatening to hurt himself.

As Sheriff Deputies and Troopers from the Texas Department of Public Safety arrived, the man’s girlfriend reported the man said he was tired of living and threatened to hurt himself in what Deputies recognized as an attempted “suicide by cop.”  Deputies made contact with the man on the telephone while maintaining eyesight on the man who was pacing back and forth armed with the rifle.

While on the telephone, the man was “making statements he wanted to harm himself” or “commit suicide by cop” while claiming he was suffering from depression as well as other mental health issues to include anxiety and bipolar.  A negotiating Deputy maintained communication with the man while members of the Sheriff’s Office devised a plan to safely end the standoff.

After approximately three hours, the man who is not being named at this time was safely taken into custody with minimal amount of force used after being surrounded by authorities.

The man was transported to a nearby local hospital for a mental health evaluation.  Sheriff Greg Capers commends the responding Deputies and Troopers for their actions noting that “suicide by cop” acknowledged early as the incident unfolded and they relied on their training and experience in getting the man the mental health support he needs.” If you or someone you know needs help, you can call the National Suicide Prevention lifeline at 1-800-273-8255.

This case is still under investigation and charges could be pending. 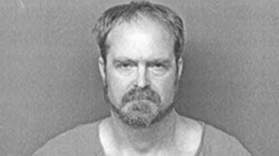 San Jacinto County Sheriff, Greg Capers and the Montgomery County Sheriff, Rand Henderson joined forces to nab an ex reserve deputy that was enticing women into the rural country side of our beautiful counties on Ghost Hunting expiditions then assaulting them according to the charges.

"According to authorities, Turner drove the women to remote locations in San Jacinto County and surrounding counties under the guise of "ghost hunting," where he'd sexually force himself on the women in various ways. He was arrested on May 4 and charged with two counts of sexual assault. Turner is in the San Jacinto County Jail on a $500,000 bond."

Houston native, David Lynn Turner was arrested and charged thanks to the cooperative efforts of two East Texas Sheriffs.   With the spate of arrests of C.L.E.O. (Corrupt Law Enforcement Officers) in Polk County by Sheriff Byron Lyons and this arrest are why graphs show progress in Criminal Justice reform.  Those statistics are reflective of these kind of efforts. 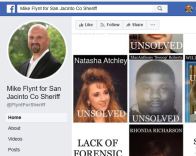 Right on schedule, the san jac "pack" backed candidate for SJC Sheriff puts out a glossy lying political ad. It is the same lie (unless it is proven) Flynt has used in his gossip campaign from the get go including back when he worked for SJC. Flynt is still calling Capers "corrupt" all these years later and I am still challenging him to prove it.

I mean, be for real. One of Flynts ads blames Capers because the Natasha Atchley case remains unsolved. Only Flynt's big time supporter, Lou E. 'louie' Rogers out did that lie when he put out an old email as new pointing the finger at a 5 year old (the night of the murder) judge candidate's son as the guilty party a few years ago. The sad thing is people still believe that BS.

His other attacks only show that our poor county is having trouble coping financially with the spread of the big city this way. Is it Capers fault or our tight wad commissioners' court? I know for years for every sheriff in my lifetime finances have been tight and having to constantly be training new deputies the richer counties steal from us has been their common complaint.

The pictures of Flynt with his signs down and his complaining about it only educate the voting public that people are taking his signs down and make them wonder why. Reminds me of the last two times 'louie' ran and his signs got taken down and X'd out and he got a whopping 7 percent of the vote.  Next time you get campaign advice, get it from a winner.

No Mike, you and I both know you can't prove any corruption on Capers part. You've been talking about it a lot and Now even printing it real glossy like but still haven't proven it. That is why you resort to the lying ads. You and I also know you weren't falsely charged in SJC, you were charged with the wrong crime because all the evidence wasn't in yet. You know . . . the evidence files that prove you did commit criminal offenses but that Humble PD ILLEGALLY let you get by with the crimes if you would just leave and not tell on them.

Here is the question we must ask ourselves as we vote for our next sheriff. Does a leopard change his spots? Only with a dose of Jesus. Has Flynt proven any of his allegations to you? He hasn't me and I am kinda like the go to guy with evidence of corruption in these parts. I have offered to flynt and to his money man that has paid me twice on Flynt's behalf and makes the same gossipy accusations, "BRING ME PROOF AND I WILL PUBLISH IT.. It is that simple.

The body of a 59 year old Shepherd woman was found in the woods in the vicinity of FM 2666 just outside the town of Shepherd, Texas has been identified.  Her name is Rhonda Richardson.  No other details are going to be released at this time pending completion of the autopsy and more of the investigation.  If you have ANY information pertaining to her, please contact the San Jacinto County Sheriff's office.

SHERIFF CAPERS APPOINTED TO ASSOCIATION BOARD

San Jacinto County Sheriff Greg Capers was appointed to the Board of Directors of the Sheriffs’ Association of Texas at their 140th Annual Training Conference held in Grapevine, July 21-24, 2018. More than 1,500 participants were in attendance at the Gaylord Texan Resort and Convention Center where they heard outstanding speakers, had opportunities for significant and timely training sessions and visited more than 240 exhibits each showcasing some of the latest technology law enforcement has to offer.
Sheriff Capers has been the Sheriff of San Jacinto County since November 2014. He distinguishes himself in his county and throughout the State of Texas as he assumes this leadership role within the Sheriffs’ Association of Texas.
The Sheriffs’ Association of Texas is one of the oldest law enforcement associations in the nation. The Sheriffs of Texas met for the first time on August 14, 1874, just four years after San Jacinto County came into existence. They met in the courthouse in Corsicana, Navarro County, Texas where Sheriff Sul Ross of McLennan County called the meeting to order and later became a notable part of Texas history.
The Sheriffs of Texas began annual training at these conferences just a mere four years later in 1878. These training conferences today are the largest composite gathering of law enforcement officers in Texas. Sheriffs and other county and local law enforcement officers, both federal and state officers along with security personnel attend. In addition to the annual training conferences, the Association conducts training throughout the year for law enforcement officers. The Sheriffs’ Association of Texas serves as a liaison with federal, state, county and municipal agencies and associations to promote cooperation, training, education and more efficient services to the citizens of this great State of Texas. 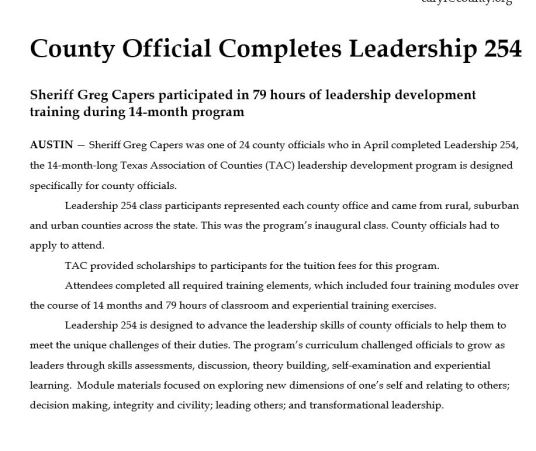 DOES ANYBODY REALLY BELIEVE THE MAJORITY OF AMERICANS WANT COMMUNISM?

“Arizona is positioned to lead the nation in protecting our citizens’ civil right to free, fair and secure elections.

“Integrity in our elections doesn’t benefit one political party over another; election integrity benefits every single voter regardless of political party, race, gender or income. Period.

“The Department of Justice’s recent decision to publicly target Arizona lawmakers for excercising our constitutional authority over elections is an abhorrent abuse of power and a starkly accurate representation of the disgusting politicization that has occurred within this federal institution.

“Let us, as Arizona lawmakers, be very clear with the Biden Administration and its minions: The Constitution of the United States expressley authorizes our legislative oversight and control of elections. Stay the hell out of our way.”