LONG LONG AGO, in a race far away, now twice defeated candidate,

Ben 'the Li2us' Bius ran a lying political ad against a good representative, Dan Ellis.  His lying ad, when exposed by The Sentinel, cost him that election.   A simple letter to the editor with proof of the Bius shady money transactions were enough to knock him out of that race years ago.  This most recent race proves that the track record and trust that incumbant District 12 State Rep, Kyle Kacal has earned during his tenure, both among constituents and his peers in our state government could not be overcome by the Bius money machine.  Bius' self designation on the attached campaign finance report we published , designating himself as a 'full time candidate' was met with a vote tally that says plainly to Bius, "get a job'.

WALKER CO SHERIFF CALLED OUT AS "THE ONLY ONE"

US Senate Judicary hearing into the abject failure of the FBI to adequately investigate and persue prosecution of those in a position of power who failed the female gymnasts molested by Larry Nassar named The Walker County Sheriff and his investigators as the "Only ones" who were diligent in their efforts to seek justice for these girls.  Nassar was prosecuted and imprisoned but the 'networking' of people who exploit and abuse children is big business.    Evidence Sheriff could have used to shine some light on who was allowing this activity to go on in the big dollar organization was withheld.  From the female nurse who damn sure should have been present for any 'exam' failed.  Who ever was saddled with the public trust to make sure that female nurse had integrity and character and was there failed.

None of the gymnasts were supporting or extoling the virtue of the FBI or their agents in the case and infact cited incident after incident where the FBI not only failed to investigate and interview but went out of their way to thwart the investigation and intimidate the girls in an attempt to cower them into silence.   Any therapist will tell you that speaking of traumatic stress in your life is part of the healing process.

The testimony that came out in the hearing showed that Sheriff McRae and his Detectives were diligent in thier effort since the Bella Koroli gymnastic facility was in Walker County but that the FBI refused them access to the evidence they were trying to collect.  That is a bass akwards approach to Law enforcement.  Yeah you feds with the big bucks and hi tech labs are worth your weight in gold to a rural community but to hamstring the man elected by the people and keep him from doing the job he was elected to do is just some self aggrandizing federal BS.  It is our neck of the woods, not yours.

It came out later in the testimony that one of the FBI agents who kept Sheriff McRae from getting the evidence has been charged with evidence handling crimes but has pled not guilty.   Others who failed the girls were allowed to resign and collect a pension in lieu of being prosecuted.

I said all of that to say this.  It was like a Deja Vu of what we have suffered in Polk county when evidence submitted to the Texas Rangers and FBI disappears and no witness is interviewed or evidence collected in answer to the outcry of the people to oust the corrupt DA, William Lee Hon for his crimes.  The ignorance of those charged with the privilege and the duty of protecting we the people have instead ground a long time child advocate and civil rights activist into observing that, "Their power is in ignoring us".  They have ground a 30 year retired federal agent into observing the non responsive manner of current administration to our plight.

Allowing the current state of affairs of our highest leadership to exist is an indictment of we the people who don't speak up. In that vein, Mexicans, Negroes and Caucasians have joined our voices together but still we are ignored.  Male and female, fat and skinny, ugly and pretty have spoken out to no avail. One woman referred to the uselessness of reporting harrassment to Polk Co higher ups because, "They got their zipper down too".

DA JAILS MAN FOR HAVING PHONE

The East Texas Reporter has been jailed on a bond revocation hearing for posessing a phone.  David Stua was originally jailed in Dec of 2018 on a charge of 'Sexual Performanace of a Child' for telling two teenage minors on the college campus that he believed in Circumcision and then asked, "Do you want to see the proof?"

Stua's live stream video interviews were transmitted from the Angelina College campus where the librarian had called the law on him for using the word 'circumcision' in the library earlier that week.  In protest of what he considered censorship, Stua began live streaming to FB as he asked several on the campus if they 'wanted to see the proof' after expressing his belief in circumcision.  Stua would then display a certificate that stated that he believed in circumcision.

The campus cop who filed the affidavit was watching the live stream as it occurred but did not effect the arrest then but waited a week.  The minors nor their parents filed a complaint according to Stua.  In his affidavit (a sworn statement that would subject the affiant to perjury charges for lying), the officer stated in his arrest affidavit that Stua asked the minors if they wanted to see his genitals.   Stua adamantly denies that allegation and contends the language was used to get him indicted.

The live stream video has been taken down but is in the posession of the DA.  The alleged crime occured over two years ago and was live streamed but the DA does not seem able to get that case to court but instead, goes for bond revocation because the man, who is required to work to pay fees associated with his bond has a phone.

The judge who set the bond conditions, who had been targeted by Stua, forbid Stua to have any device with a camera or seek open records while on bond.  David Stua was born and raised in Angelina county and has never been in trouble before but his bond conditons were excessive compared to past cases of actual child predators in Angelina County.

Joe Martin was the DA who accepted the week old affidavit and moved forward for the indictment without a complaint by the minors or their parents.  We all know that Joe Martin was trained by the Corrupt Lee Hon out of Polk county on how to silence pesky open record seeking, proof publishing reporters.  Martin used the same lying statements to get me indicted on false charges there for seeking open records and publishing proof of DA Hon's many crimes.

If the video proves that David Stua never asked the minor if he wanted to "see my genitals', the cop needs to be prosecuted for his crime.   Unless he is killed in jail for the nature of his charges, Stua will get to court and possibly beat the charges but even if he does, he can't beat the ride.  As is the norm for all corruption in the criminal justice system and as I have said after studying the 600 plus dismissals in four years for lack of evidence in Hon's office, "The process is the punishment". 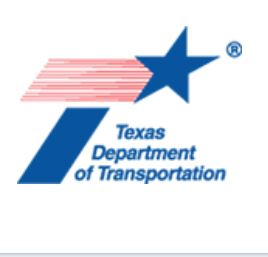 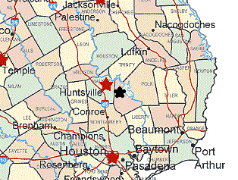 ADD FREE NEWS SPACE OR NOT? THAT IS THE QUESTION.