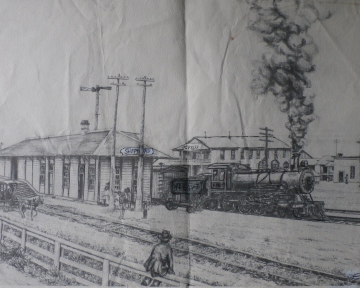 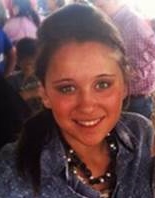 Weaver Stripling, former SJC Commissioner for Pct 2 died at his home on Tuesday, July 31st.  He and Thomas Bonds had served together on the Court years ago.  Mr. Stripling was still active in politics and present at the last vote count for this years primary.

MULTIPLE OFFENSES STACK UP ON COOK

After going to trial on the newest charge of Assault on a Public Servant and earning 5 years in TDCJ for it last year, Robert Howard Cook III plead out on multiple charges garnering himself quite a few years overall.

His case was the subject of a Sentinel investigation, both in the field and the Clerk's office that showed he had several offenses already, was out on bond for agg sexual assault of a child and then was arrested again for the same charge.  We wrote the story when Cook was given a low bond again by the JP PCT #1, Beth Sewell.

Asst Prosecutor Bomeo handled the trial that saw him convicted and then pushed the other cases through to completion. 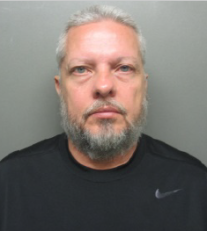 In response to questions posed by The Sentinel, Humble ISD did confirm that Michael Coker was employed by their ISD Police department on a provisional basis but did not make it out of training before his past caught up with him.  "He passed two forms of background check", an Humble ISD official explained, "including running his finger prints."  Hired June 26, 2016 according to their records, it is noted that he was placed on administrative leave on July 12th when it came to light that Michael was being investigated somewhere else.  "He never got a paycheck here" the administrator assured The Sentinel, "and he resigned on July 25th".  Hats off to the Humble ISD for thier extensive efforts to protect their students from a man who will lie, steal and sexually harass those under his authority.  The booking report on his arrest in SJC shows that Michael had moved to Porter, Texas soon after his resignation here.

Ex Shepherd mayor, Michael Coker was arrested and booked into the San Jacinto County Jail last week after he surrendered himself to face the charges against him.  Judge Harris 'Red' Blanchette issued a PR bond on Coker and he was booked in and out of the jail in short order and was never issued his orange jump suit according to sources.

Former mayor, Michael Coker (No known relation to the Coker family that has served our District Courts for 3 generations)had a true bill returned by the SJC Grand Jury the 16th of this month on a 'Theft of Firearm' charge according to several reliable Sentinel sources.  An AR-15 style assault rifle that had been purchased by Sheperd Police Dept (Chris Simmons) prior to the city disbanding that department shortly after forming it, came up missing during Michael Coker's limited time in the seat of power in Shepherd Texas.  Michael  was being investigated by The Sentinel for some fraudulent F.E.M.A. funds he was claiming a storm related culvert purchase and a sexual harrassment case toward one of his female clerks.  We were aware of but did not write about the missing automatic weapon to keep from compromising the law enforcement investigation.  Coker resigned under pressure, the city withdrew the fraudulent culvert money request and the clerk's husband gave him a fat lip.  After his resignation, The Sentinel did request his employment file from Houston PD where Michael worked for many years and did get an eyefull in the results.  He was reprimanded several times and almost fired once for giving a false report.  Michael lied on a report claiming a hit and run driver had struck his patrol car when it was him who had damaged the car by his own fault.  Sentinel sources indicate that he is working or was working for Humble ISD police department.  Confirmation of his exact status with them is being sought.

Crawling in the window of a home in this part of Texas can be bad for your health as one intruder learned the hollowpoint way.  According to sources, one man was killed  by a homeowner in Lake Tejas Tuesday.  Sam Baker is the name of the deceased given by an un official source.  More information is being sought.  Those sources say warning shots were fired and the dead man kept trying to break on in.

In a major outpouring of support, Shepherd, SJC and area residents and businesses rallied together to raise nearly 65K dollars to help a local family in need.  Little Ms. Shrader was on the hearts and minds and in the prayers of many who stepped  up to help the cause.  Even the Honky Tonk Tree guitar did a part in the hands of an excellent autioneer.  With just a homemade cooker, a beat up old guitar and a beautiful hand made quilt, he parted over 6K dollars from the participants with the first three items.  A music lover and a great lady who loves the little girl with all her heart and soul paid over 4K for the Honky Tonk Tree guitar, giving it a new home.  Thanks to Mr. Milford for showing up to verify the authenticity of all of the signatures and confirm that the guitar was the original.  According to Sentinel sources, he has an unopened cd and release poster that he offered to provide just to sweeten the mix some.  Thanks to all the donors and bidders of course but let us be careful to remember the family, friends and neighbors who organized such an awesome event.  The outpouring of support began immediatly and made a huge dent Saturday but there is a long row to hoe out front that we all need to fertilize with fervent prayer.  Even some of yall that aren't too convinced that God is real, it wouldn't hurt nothing to bend knee for this baby 'just in case' He is.

GUITAR TO BE OFFERED IN FUND RAISER AGAIN

According to sources close to a Shepherd fund raiser, The Honky Tonk Tree guitar has been donated to their cause and will be auctioned off to raise money for a very sick little girl.

A guitar that was ‘created’ in 2001 to commemorate the release of ‘The Honky Tonk Tree’ album featuring Bobby Boyd, Willie Nelson, Cory Morrow and Pat Green has come back to it’s roots in San Jacinto County.  The guitar is autographed by all four artists on the album and includes Roy Head’s signature as well.  The Album was produced by local investor and long time friend of Willie Nelson, Doug Milford of Shepherd, Texas.  He is also the creator of the Honky Tonk Tree Guitar and widely credited with catapulting Pat Green’s Career into orbit by choosing to include the young man on this album.  In the upper left corner of the photo is this Honky Tonk Tree guitar hanging on the wall as half of a matching set with the Willie Nelson, 'Farm Aid' guitar hanging near the butt of the rifle.   Producer Milford donated the Honky Tonk Tree guitar for one of the fund raisers in the past and a lady bought it for 5000 dollars and gifted a musician friend with it.  From there it goes on like the story of the sisterhood of the traveling pants only it was the Brotherhood of the Traveling Guitar instead.  The guitar was eventually pawned while the owner was in jail with no proof of authenticity of the signatures.  It languished there beyond the loan period and was put up for sale.  A young man who recognized the guitar from his teenage years purchased the guitar and brought it back to San Jacinto County.  When he owed his dad some money he gifted the old man with the guitar and his debt was forgiven.   Then the old man gave it to his granddaughter.  Now it is sitting dormant again.  I wonder where it will travel to next?